ACT Meteors in Canberra for a bonding session at Delta Force Paintball.

Trading their cricket bats for paintball guns, the ACT Meteors bonding camp training placed the team in an army style environment with the world’s largest and leading paintball company, Delta Force Paintball. Two months out from the first Women’s National Cricket League game, the Meteors were pushed to their limits as they braved the winter conditions of Canberra in a series of tasks designed to make them a more cohesive group.

Upon arrival, the girls were a bit apprehensive about what to expect and they were set off on a five kilometre hike to find camp, with only having a tarpaulin for shelter.  They were together for 16 hours overnight and were issued with set tasks to complete, with team building skills and leadership high on the agenda.

Coach Andrew Dawson said the bonding trip, under the guidance of SAS sniper Rob Maylor, was the perfect way to start the Meteors’ year, and the highly professional Delta Force Paintball operation proved to be the ideal resource for the job at hand. 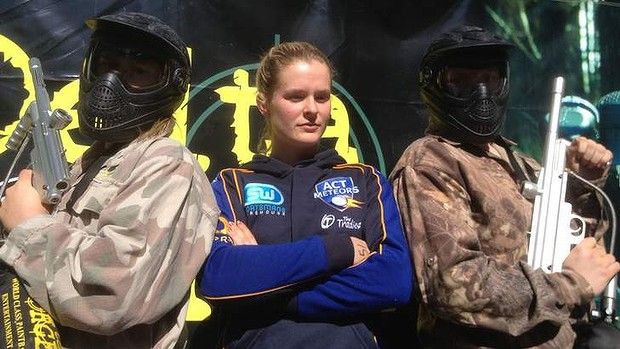