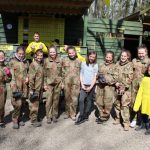 Delta Force Paintball and the Australasian Paintball Association (AUPBA) have campaigned the NSW Government and NSW Firearms Division for almost a decade in an effort to instigate positive reform measures to the paintball industry. It is with great excitement that these proposed changes have been approved by Cabinet and are likely to come into full effect by the end of 2018.

The key points from this Cabinet approval include:

As part of the consultation process with the Government, Delta Force Paintball was able to demonstrate through 29 years of global experience, that paintball is a safe activity that develops team-building skills and provides a positive and rewarding environment for participants of all ages. 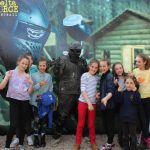 The ACT paintball industry, where the minimum age is 16 years old, is plagued by similar archaic restrictions and Delta Force Paintball and the AUPBA have been working hard to realign the rules and regulations to fall inline with other more forward-thinking states and to now fall inline with the NSW paintball reforms.